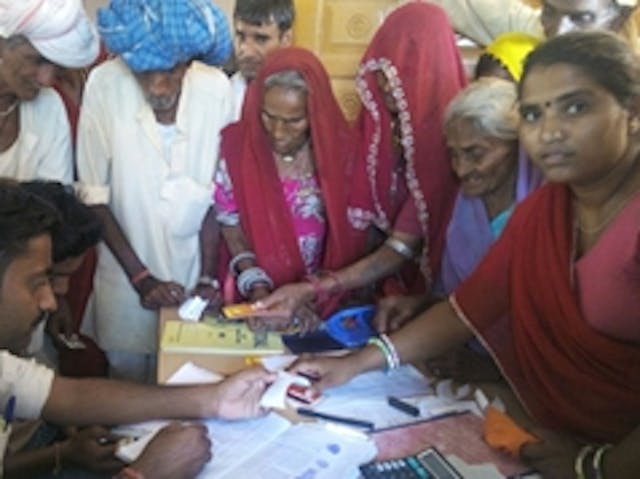 Sub-K, India: Shankar Lal Patel, a 31 year-old news reporter for Rajasthan Patrika in Udaipur in India was not very happy with his earnings as a reporter and decided to diversify his business. He applied for E Mitra kiosk and was soon allotted a kiosk. Shortly, he realized the potential of E Mitra and started to devote his energies on providing services to the customers. Shankar Lal collected over 300 and 350 applications in a single day for Bhamashah Scheme and ration card respectively. He also engaged in organizing camps for enrolment after giving wide publicity. This paid him dividends by earning a commission of Rs 41,500/- (~600 USD) in one month.